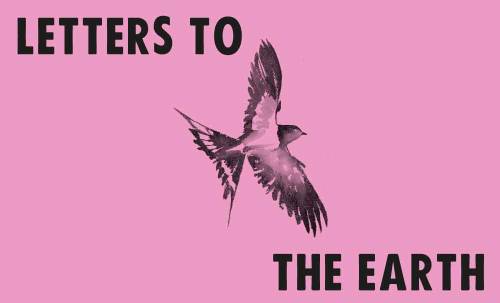 Shop Front Margate was one of 50+ arts venues worldwide to host a Letters to the Earth event on Friday 12 April 2019.

More than 50 theatres, arts venues and community spaces across the world, including the Liverpool Everyman, Bath’s Walcot Chapel, Aberdeen Performing Arts in the UK, to venues in Zambia and Canada, Latvia and New Zealand, hosted readings of the Letters to the Earth as part of a day of action on Friday 12 April.

At the event we read letters selected from the more than 1000 submissions and letters and artwork from local creatives were on display in our street-facing window gallery for a few weeks afterwards.

Our event was jointly organised with C0-Relate and Margate Bookie.

“Living on the coast here in Margate we see first hand the impact that people are having on the environment around us in terms of plastic pollution, loss of habitats inland and extreme weather. This was an opportunity to connect our personal experiences with experiences of people around the world to prompt individual, business and Government action on this emergency.

Margate and the Isle of Thanet has an amazing creative community so we were determined to make sure this was represented as part of this global movement. I hope you’ll join us to celebrate this creativity, hear what children and adults have to say to our home, the earth, and make this the start of something ambitious and positive.”

Letters to the Earth is the first project of the newly launched Culture Declares Emergency, which brings the arts and cultural community together for an appropriate response to the climate emergency.

A book containing a selection of the letters and poems has since been published, including Jessica’s piece which was performed here on the day. You can buy a copy here and listen to a performance of her poem below.