We were delighted to present an exhibition by illustrator M. Oliver, inspired by the spontaneity, humour and playful power of music and dancing. Initially inspired by the Miles Davis Quintet’s fearless Live at the Plugged Nickel sets, and his 5 year old son’s Saturday morning dance classes, PLAYERS & STEPPERS developed into a series of illustrations, a poster design, and an animated loop presented as a kinetic sculpture in the Shop Front window.

M. Oliver is an illustrator, working with a clear, bouncy line to create kinetic and humorous illustrations inspired by the early animations of Disney and Fleischer.

Mark ran a free Zoetrope Animation Workshop as part of the show where partiicipants created their own animation sequence and saw them come to life in one of Mark’s hand held zoetropes. 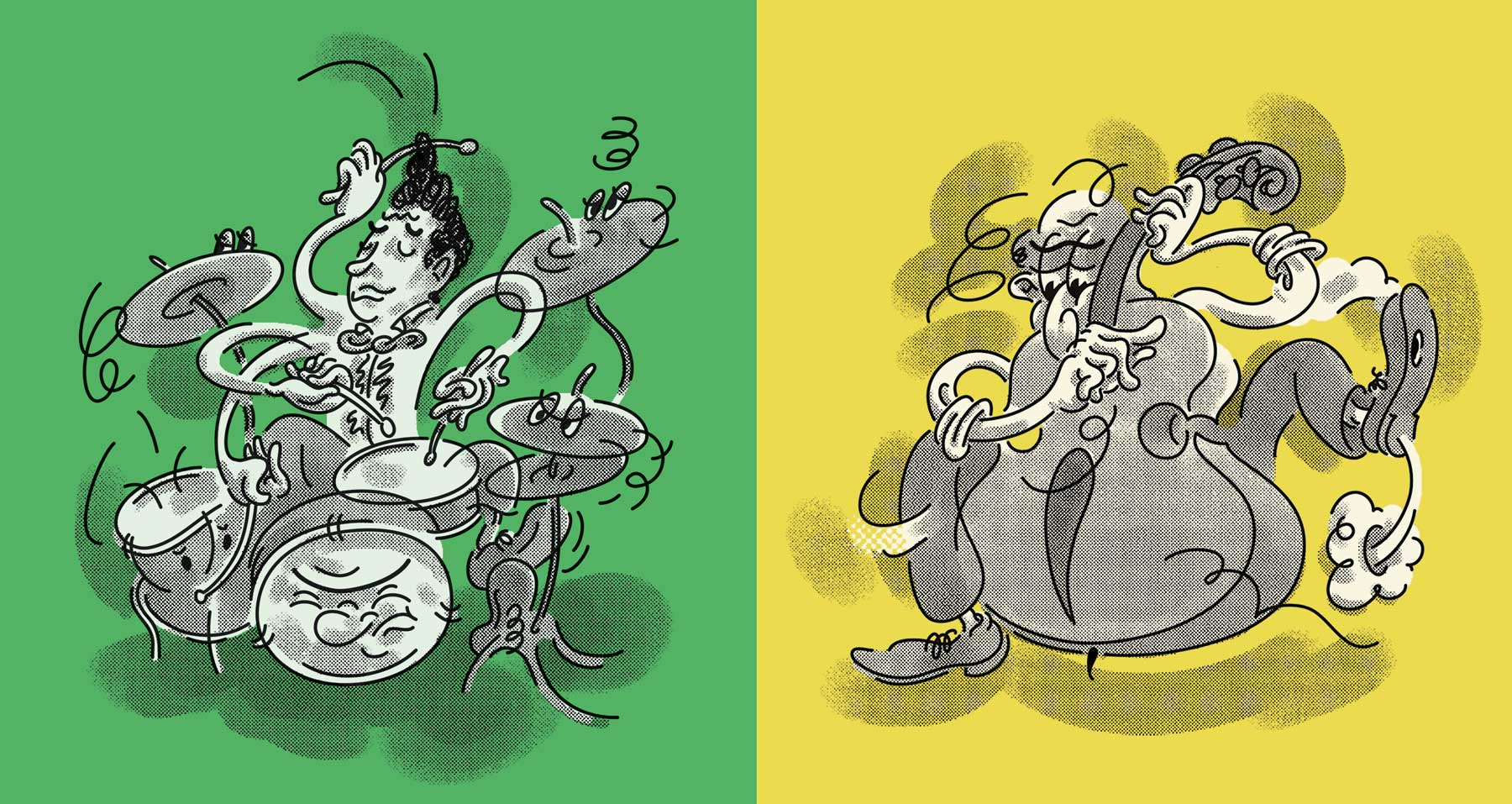